The District 230 Foundation recently added 11 members to the distinguished list of alumni who inspire current students and remind them of all that is possible when you have the support of the D230 community. Legacy Hall was established to recognize and honor graduates from Sandburg, Stagg and Andrew High Schools who make an impact in their careers, their families and their communities.

Since 2008, the Foundation has been proud to recognize alumni from District 230 for their outstanding contributions in eight different categories: Education and Humanities - Science and Technology - Philanthropy and Non-Profit - Arts and Entertainment - Sports and Recreation - Business and Commerce - Government and Military - Community and Volunteerism

To be selected for Legacy Hall, candidates must not only be recognized for their careers, but also demonstrate a willingness to give back to their communities and to share their expertise, knowledge, and time with others. As part of Legacy Hall, candidates are able to return to their alma maters, and share the story of their careers with the students of District 230. The Foundation hopes and believes they will have a lasting impact on students’ paths in the future, creating the future generation of Legacy Hall inductees. 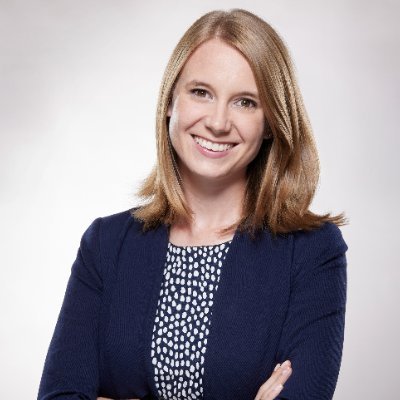 Molly Nagle graduated from Stagg in 2011. As if by design, her high school experiences pointed her in the direction of her dream job. Molly’s success in A.P. U.S. History and A.P. Government, her involvement in the Drama program, her confidence as a television reporter for Youth and Government, her leadership skills as Student Council Class President would all prove valuable in the near future.

While attending University of Illinois, Molly was offered an internship with the ABC News Global Affairs team in Washington DC.  As her internship was winding down, the team at “This Week” with George Stephanopoulos asked her to stay for the summer and intern on their program.  When Molly graduated from U of I, she received a job offer from ABC to return to the “This Week” team as a production coordinator.  In this role, she helped with guests, wrote banners and worked on background research for the show.

Molly was promoted to Segment Producer for “This Week.” She wrote question outlines for interviews and field produced tape packages. Molly was nominated for multiple Emmy Awards for the segments she produced.

The 2020 election was on the horizon and Molly was approached to leave “This Week” to become a campaign reporter covering the Biden Campaign.  She traveled around the country with the campaign reporting on what she saw -  becoming the eyes and the ears of the campaign for other ABC reporters.  Once President Biden was elected, she transitioned to her current position, Producer/Reporter for ABC News covering the White House.

Molly’s hard work and bold choices led her to a successful career in journalism.

Brian Sladek graduated from Stagg in 1997. He was an honors student, an athlete, and a member of Youth and Government.

In 1999, as a twenty twenty-year-old college student, Brian was diagnosed with Non-Hodgkins Lymphoma. He returned home and began treatment; undergoing his first stem cell transplant. He continued his education at Moraine Valley and DePaul University and seemed to have defeated cancer.

Brian married Stagg alum Kate Kelly Sladek in 2007 and Brian began what was sure to be a lucrative career at Goldman Sachs. Shortly after, he was diagnosed for the second time at age thirty. He again went through treatment and another stem cell transplant, but his real battle was learning to cope with the depth of the emotional and physical effects of the disease.

Brian convened with legislators, fighting to change legislation and insurance coverage to provide better access to patients regardless of receiving IV or oral chemotherapy. Brian also worked to put together the LLS Survivorship Guide, a step-by-step guide that most hospitals in the Chicagoland area use. It provides cancer patients pertinent information on all aspects of their battle, along with resources and supports they and their families need.

Brian served as an advocate, a role model, and a warrior. He chose to lead a life of immense purpose. His legacy is the work he did for patient care and advocacy for cancer patients. 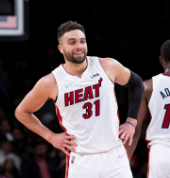 Max Strus is a 2014 graduate of Stagg High School. As a Charger, Max played football, varsity baseball, and was a 3-year member of the varsity basketball team.

Max began his collegiate career at Lewis University and was named second team All-Great Lakes Valley Conference. As a sophomore, Max led his team to the 2016 GLVC Championship and a berth in the Division II NCAA Tournament. In addition to setting school records for points scored in a single season (666) and points scored in a single game (52), Max was named first team GLVC All-Conference and a Division II All-American. He transferred to DePaul University, and during his final year, he was named second team All-Big East Conference and became only the second Blue Demon ever to score 700 points in a season, while setting the school record for 3-points in a season (113).

In November of 2019, Max made his NBA debut for the Chicago Bulls. Unfortunately, in December of 2019, Max suffered an ACL tear and was sidelined for the rest of the season. In 2020, Max signed a contract with the Miami Heat and appeared in 39 games. During the 2021-2022 season, Max appeared in 68 games and averaged 10.6 points per game. He helped the Heat finish with a record of 53-29 as the number one seed in the Eastern Conference. Max was inserted into the starting lineup for the playoffs, helping the Heat to game seven of the Eastern Conference Finals, one win away from the NBA Finals.

Max believes in giving back. Over the past few years, he has generously donated basketball shoes to every member of the Stagg Boys Basketball program. Max gave a Charger University presentation for freshmen and sophomore male students who struggled to start their academic careers on the right path.

In July of 2022, Max launched the Max Strus Basketball Camps at Stagg to inspire by teaching the fundamental skills of basketball. Proceeds from the camps went to the Andrew Weishar Foundation, which helps families ease the financial burden of adolescents battling cancer.

Dr. Vollinger serves as a psychologist, evaluator, consultant, and award-winning community-based researcher whose work centers on linking agencies together to bridge service-related gaps for survivors of human trafficking.

Lauren puts each survivor at ease, creating a safe space to discuss their trauma and an understanding ear to hear their unique difficulties. Lauren’s research is the first of its kind that measures how people escaped their situation, not just what happened to them after they escaped. She intends to use this research as a way to evaluate programs and laws that pertain to human-trafficking survivors.

By partnering with local and state anti-trafficking task forces, schools, and law enforcement, she has managed to create a better understanding of the inter-organizational needs of agencies to support survivors of trafficking in their communities.

She is also passionate about incorporating the arts and creativity into research methods and social action. In her 2020 TedxTalk, “The Art of Amplifying Survivor Identities in Anti-Sex Trafficking Work,” she taught survivors to dance as a way of shaking “survivor” as their only label.

Anti-human trafficking is its infancy, and Dr. Vollinger is blazing that trail. Her research will ultimately lead to growth and added understanding of the topic and her community engagement will impact survivors greatly. 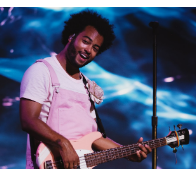 Bobby was in Stagg’s bands, musicals, Madrigal choir, and Youth and Government Program. A class project for AP U.S. History turned into a remarkable achievement and an indicator of Bobby’s future success. Bobby wrote, produced and starred in “A Musical About the Civil War.” This historical musical predated “Hamilton” by several years and included a “rap version” of the Battle of Gettysburg.

After graduation in 2007, Bobby went on to Indiana University where he was a direct admit to the Jacobs School of Music. He earned a Bachelor of Science in Jazz Studies and Business.

Bobby is enjoying a successful career in music and has performed and recorded with many celebrity musicians, including David Byrne, Jennifer Lopez, Mac Miller, Jennifer Hudson, Rick Ross and recently Carly Rae Jepsen. His Broadway credits include Moulin Rouge and the Emmy-nominated, Tony Award-winning production of David Byrne’s “Utopia,” later filmed by Spike Lee. Composition and production credits include music for the TV series, Empire, and the Music Score for an upcoming film, "Rare Objects.”

Bobby teaches music at NYU’s Clive Davis Institute. He also has an internet series, “America, Learn Your History.” These are a series of short clips in which Bobby explains some of the unknown facts of history to try and set the record straight. His interest and knowledge of government and history send a unique message to young people that you can be a “rock star” and a scholar at the same time.